Sometimes the only option to see my client’s rights confirmed is going to the Tax Court of Canada (TCC).*** While this is not easy, and doesn’t move quickly, it does create a level playing field where the matter is reviewed by an Honourable Justice of the TCC. Also, be aware that there are certain requirements that must have been met before the TCC will review a tax matter.

I want to be clear – I am not a lawyer.  And not every disability tax disagreement justifies a court action.  However, I will represent clients under informal procedures as these go to trial faster than Tax Court filings under general procedure. While there are limitations on potential recoveries in an informal procedure, these are high enough that in most instances they will not reduce the settlement in a Disability Tax Credit (DTC) matter.

In most informal procedures, due to simplified rules of evidence in representation and recent changes enacted by the Minister of Finance in filing criteria in June of 2011, the TCC is a more viable option than in years past. Most informal procedures will be heard within 8 months of filing an appeal to the TCC. Not surprisingly, many TCC appeals will be settled before the actual court hearing. By contrast, filings under general procedure can take years to actually get to a formal hearing.

If CRA just can’t get it right, and you have a valid concern where the parameters required to do a TCC filing have been met, I can fight for you in court. 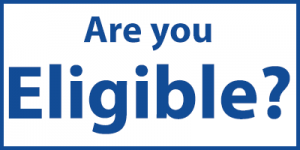